Published on September 18, 2017 by NYCAASA Admin 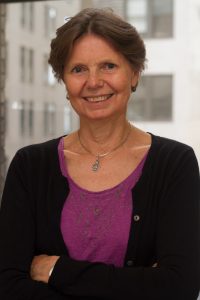 This week the New York City Alliance Against Sexual Assault officially launched its social media campaign around Project DOT (Dream. Own. Tell.) Project DOT is a program that’s part of the Alliance’s prevention initiative that engages with approx. 15,000 disenfranchised youths (ages 13-21) from LGBTQI, African-American, Latinx, and South Asian communities in New York City. Its main goal is engaging youth from underserved communities who lack traditional prevention programming when it comes to positive messaging and self-empowerment about healthy relationships, prevention of sexual violence, and sexual education.

Due to the program’s creativity and its strategic innovative ways of connecting with the youth, the CDC (Centers for Disease Control) has picked up Project DOT to be upscaled. This way, the program and its existing model can be expanded, in an effort to disseminate the powerful tools given to the youth on a national scale.

To keep in line with the CDC’s practices, the Alliance is now collaborating with the center to measure attitudes, knowledge, and will conduct a post-workshop for an eventual evaluation of the model via interviews and focus groups.

As part of our social media campaign, the Alliance will share the impactful messages made by the youth for the youth, adults, and their community at large. To kick off the campaign, the Alliance’s Executive Director, Mary Haviland, sat down to speak about the inception of Project DOT and its hopes for how we as a people will come to understand and speak about sexual assault.

SVFREENYC: As executive director, what’s your role in Project DOT?

MARY HAVILAND: Every year we convene with the rape crisis centers and ask them what they think the priorities are for survivors of sexual assault. One of the themes that always comes up is the media and the extent to which survivors get blamed for their own assault. Also, people went deeper into the discussion of the media and the hypersexualized messages around women and kids so we put it front and center on our agenda to do a media campaign for New York City among youth ages 18-21. There have been several domestic violence campaigns that have been put up by the city or other non-for-profit organizations but there hasn’t been one, to our knowledge, that targets specifically sexual violence.

SVFREENYC: In terms of the media, do you see a shift in how they portray women and sexuality in general because we have millennials that are paving the way in the digital age?

HAVILAND: I do see some shift but I also see some shift backward in some sectors of the media. There definitely has been some sophistication and understanding of sexual assault promoted by some media outlets but there’s still this lack of education and a deeper awareness of the issue and the impact it has on communities. I still think there’s not enough messaging out there about sexual assault. There’s particularly not enough material out there on sexual assault that’s sensitive to the diversity of New York City. This campaign was really meant to dig deeply into the cultural and racial context.

SVFREENYC: How was Project DOT started and how has it transformed from its inception?

HAVILAND: We found that the kids knew less than we thought about the issue and that they wanted to talk more than we thought. Initially, we thought of “five sessions” or “six sessions” but now it’s almost doubled in terms of the work we take the kids through before we get to the messaging and community mobilization part. We’ve established firmer relationships with our community-based partners. We’ve had to have them in there fifty percent with us otherwise we find that the youths don’t resonate, as they should. One of the outcomes was how much the kids want parents to understand what they’re learning.

SVFREENYC: There does seem to be a huge disconnect between parents and the kids.

HAVILAND: Right, especially in communities where there’s not only an age divide but there’s a cultural divide. Kids are really trying to fit into American society and some grown-ups are just trying to make their lives here. They’re really struggling with their own cultural identity and trying to find a place that’s comfortable for them to fit. Even in communities that aren’t necessarily immigrant communities, that’s still going on to a certain extent. In the Black community, the kids are joining things that the older generation doesn’t necessarily agree with so I think that the messaging to parents by kids is just a really powerful tool for communities to listen to.

SVFREENYC: Have you received any feedback from the parents?

HAVILAND: This program was designed to end with the kids engaging in community mobilization activities. The idea is to take the messages away and disseminate the messages back to the community and so during those activities there’s been some feedback from parents. We also got feedback from them because the kids had their consent to participate in these groups. We tried to make the argument that parents would rather [their children] get accurate information from this program rather than some underground source that could pull them into danger. I think that argument won out with a good number of parents.

SVFREENYC: Can you think of a success story?

HAVILAND: I think about the kids who are in these groups. There are a number of them who have really blossomed. I’m often here when the groups are going on because they’re in the evening. The sounds that I hear coming from the rooms is so heartening. The kids are super engaged and sometimes with laughter and a lot of movement. We developed some really cool exercises for them. I’m really proud of the groups. I think they’ve really helped kids cope with the onslaught of media and their social networking pressures.

SVFREENYC: Where did you get the slogan Dream. Own. Tell from and what does that represent to you?

HAVILAND: I think it encapsulates what we hope the kids will do in this program. The “dream” part is to really think outside the box, to dream of a world where sexual violence is much less frequent and less tolerated, where survivors can get assistance that helps them heal as quickly as possible. Also, a world where survivors can have access to justice. The “own” part is based on the youth-centered effort in the messaging. It’s really a kids campaign. The “tell” part is getting the message out there so that’s what we’re hoping to do.

For more about Project DOT check us out on social media.

Sharing our experiences can have transformative powers. If you are survivor, service provider and/or loved one of someone who has experienced sexual violence, we want to hear from you. Submit your story on our community blog.
Required fields*
We ask for your email so that we may reach out to help you or your loved one. It will not be made public or shared with anyone.
Thanks for signing up!
TRAINING REQUEST
Required fields*
Please provide us with detailed information (date, time, location, and type of training)
Translate